Astronomy and Astrophotography talks are frequently given to organizations across the island as well as invited lectures in countries around the region. We offer talks (minimum duration of an hour) on subjects related to astrophotography, practical astronomy, and current selected astronomy-related interest topics. If you would like to arrange one of these talks for your organization or institution, please contact the author directly.

Past invited talks or colloquia to scientific or general audiences

With the advent of technology, astrophotography has risen to a whole new level, with the ability to capture high resolution images with modest amateur instruments, avoiding the need to invest heavily. Since the 1990s, the author has taken an avid interest in the various fields of astronomical imaging, ranging from emulsion-based (film), CMOS, to CCD deep sky imaging, with the data acquisition of information including the wide-field panoramic expanse of the Milky Way to narrow-field record of galaxies and planetary nebulae. He has also taken a keen interest in the areas of planetary and solar system high-resolution imaging (from sunspots to assembling of lunar mosaics covering detailed lunar topographical surfaces), resulting in image publications in internationally renowned astronomy magazines like ASTRONOMY and SKY AND TELESCOPE, other media forms (APOD, et cetera), as well as local media publications.

First of all, astrophotography is not just about getting the best, state-of-the-art equipment, and then getting on the road to imaging. It is really about patience and the willingness to rough out in the open, and experience the ups and downs of the learning journey. This is in itself the primary drive and spirit to keep one going in this fascinating aspect of astronomy. It is not about obtaining pretty pictures, it is more about learning to understand your equipment better, capturing the images in challenging conditions (especially in this part of the world where the weather is the ultimate component in enabling potentially good image capture), and fine tuning one's skills in digital image processing in order to bring out the best in any given image, be it film, or digital. It is nevetheless a demanding yet extremely rewarding pursuit once you see the end result. It is demanding because to achieve excellence requires a number of factors to all be at the highest level, and rewarding for the satisfaction of having achieved success in a difficult field. It is also inherently satisfying because a permanent record is created in forms which can be shown to others (on paper, web image, et cetera).

There are various levels of astro-imaging. The entry level into this pursuit need not be high if one is happy to photograph the Moon, Sun and the brightest planets. Such objects should not be decried as there are some renowned amateur astrophotographers who photograph little else, even travelling to another continent to seek excellent seeing for taking such astrophotographs! The other end of the spectrum involves taking high resolution deep sky images using CCDs and DSLRs, with several issues to take care of (and learn!). Through this website, the author hopes to showcase a collection of images taken through the different imaging mediums, together with some details of the image capture process.

Highlights of the author's expedition involvement and pursuits include the investigation of solar radius variations behavior during the International Occultation Timing Association (IOTA) annular solar eclipse expedition (NASA) in Eastern Peninsula Malaysia together with a crew, headed by occultation specialist, Richard Nugent (1999).

Another significant on-site expedition includes the total solar eclipse expedition organized by the author to the desert grounds of Roxby Downs, Southern Australia (2002) for astronomical imaging of the eclipse progression. Other expeditions include trips to various locations in Peninsula Malaysia, Thailand, United States of America, and New Zealand for purposes of astronomical outreach, digital and emulsion imaging, meteor showers and planetary observations.

The author has been in numerous astronomical key involvements in Singapore and Malaysia, from the organization of public events like Mars Watch 2003, to lecturing assistance in the Ministry of Manpower educational projects like the Singapore Learning Festival 2002, and many other such events. He has also taken the initiative to start the first-ever astronomical internet forum (1999) for the Singapore amateur astronomical community, Singastro, with a subscribed community of over 2000 today. 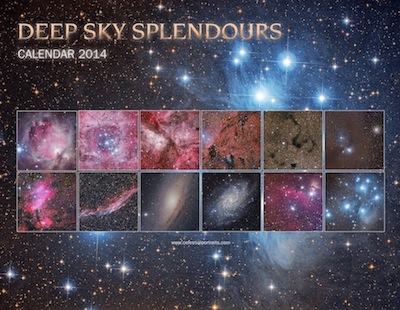